I saw, while fiddling with this site that a small anniversary was in order. Although I started blogging, as an alternative keeping at bay hundreds of SQL and shell scripts, somewhere in 2004 on the technology.amis.nl site, this site came to light around the 1st of April in 2007, 5 plus years ago.

Initially it was just a first time attempt, until, without real notice, Doug mentioned me on his site. From that moment on I had the idea that I couldn’t back down anymore and it become more serious.

The site has had its ups and downs and lately it, apparently, is bugged by the takeover of my old provider (www.speedxs.nl) and network alterations afterwards somewhere in November 2011 under the CBizz umbrella of things. The latter is now definitely shown by its negative response impact since that time via: 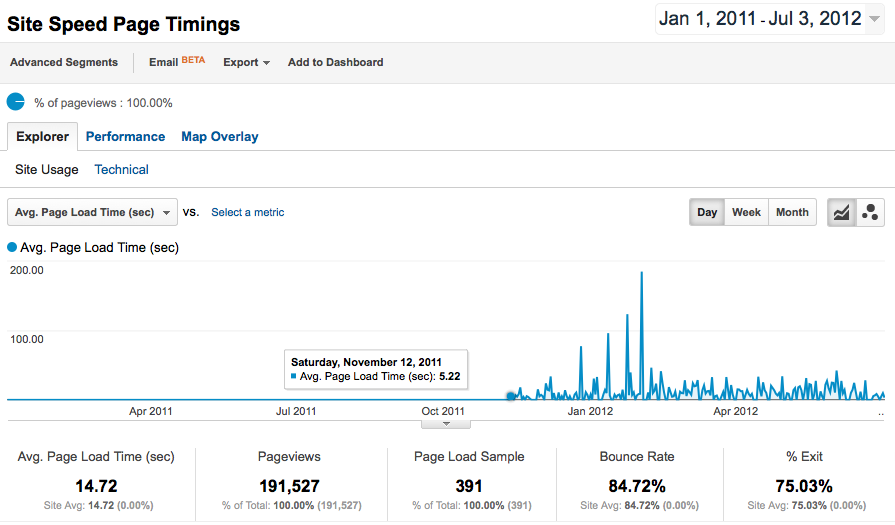 Although this site is mainly about Oracle XMLDB items, I post also Oracle database, performance and other stuff here, like the occasional rants and fun or music interests… When looking back for example regarding a rant called “Reasons why not to Use Oracle VM“, which was mainly driven by the enormous out of proportion PR at that time, it’s fun to notice that nowadays I am big, big fan of Oracle VM. Of course there is still a lot to improve, but Oracle is making it a whole lot better, just like a huge amount of other (open-source) software.

Also direct hits are not the only thing that make “the count”.

More and more people are using their mobile device or other apps to read the content, which is not always properly picked up by standard statistics services, which are more “page view” aware and not RSS feeds.

The overall mobile app influence also on this site takes more and more hold, as people are using devices like their iPad more to read articles from people on the internet and probably this is not always via a browser but more often via apps like “Flipboard”

Over time, you see interest for “Oracle 11g – XMLType Storage Options” take hold, but it’s beyond me why there is a Google Analytics drop after the 1st of March for this page. Anyway, the site was also once setup to help people with their (same as me) steep learning curve, so it’s good to see that people take advantage of the content here.

In all, good to see that people are using the site as well, just like me to look things up from time to time, and is still growing in interest. Five years past start-up, crossed the 1/2 million boundary with 500 views on average per day.

Bad Behavior has blocked 777 access attempts in the last 7 days.