Oracle 5 and the First Appearance of SQL*Plus

Does anyone remember nCube?

Yesterday I got the strangest feeling. I scrawled the internet and then the name nCube pupped up in my mind. “In the old days” this was really a machine on which I wanted to have the privileges to work on (Oracle database wise). In those days I had the luck to work on a Oracle Parallel Server, Oracle version 7.x – I forgot the specs, implementation for dutch banking cooperation.

The machine we used was a 12 node (RS6000) IBM SP2 machine. I got the chance to work for 1 1/2 months with it, I guess this was in 1995, until they decided that the concepts of working on such a machine were to complex, so they decommissioned the hardware. The 12 RS6000 machines were dismantled and dedicated to different project teams working on the same paying chip card project.

The SP series are probably best remembered by “Deep Blue“, the chess program that challenged and defeated Garry Kasparov in 1997. 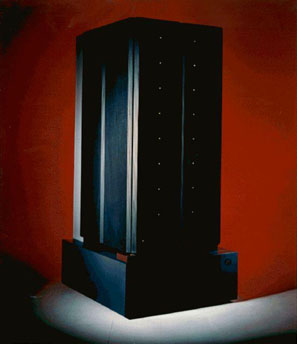 END_OF_DOCUMENT_TOKEN_TO_BE_REPLACED

Bad Behavior has blocked 230 access attempts in the last 7 days.