The Status After One Year

It is funny. I just realized that my website is over 1 year in existence. I started it as my personal XMLDB notepad on the 9th of April 2007. I wanted the site to be anonymous, but Doug blew the whistle on me, after we had met during Hotsos 2007 and somehow he found the content interesting and added this site to his blog roll. From that moment on I stopped playing with “the idea”; cleaned the website up and started blogging.

Most of my reasons to start this site stand still today:

Looking back after 1 year, my hobby got a little out of hand (and indirectly contributed also to my Oracle ACE award). I am a little bit skeptical about Dan Norris article “You want to be an Oracle ACE?”. This skepticism is mostly driven by the verb “want“. I never “wanted” it, it just came over me, not realizing that all this fun stuff I was doing somehow contributed to the XMLDB community. If I would have “wanted it”, it would have been costing me to much energy and I would never have been able to keep it up.

Probably the most interesting part is what are the most read posts on this website? Silly enough, one of the most read one is “SQL*Plus Command Line Options”. A post were I only printed the output while making a typo. Some of the figures indicated that XMLDB posts are gaining ground.

The “cid adware” keyword is probably found via a post were I described my troubles removing this trojan and apparently more and more people are using Oracle 11gR1 and encounter “ORA-24247” errors / problems with the TCP packages combined with the increased security settings in the new database 11g release. 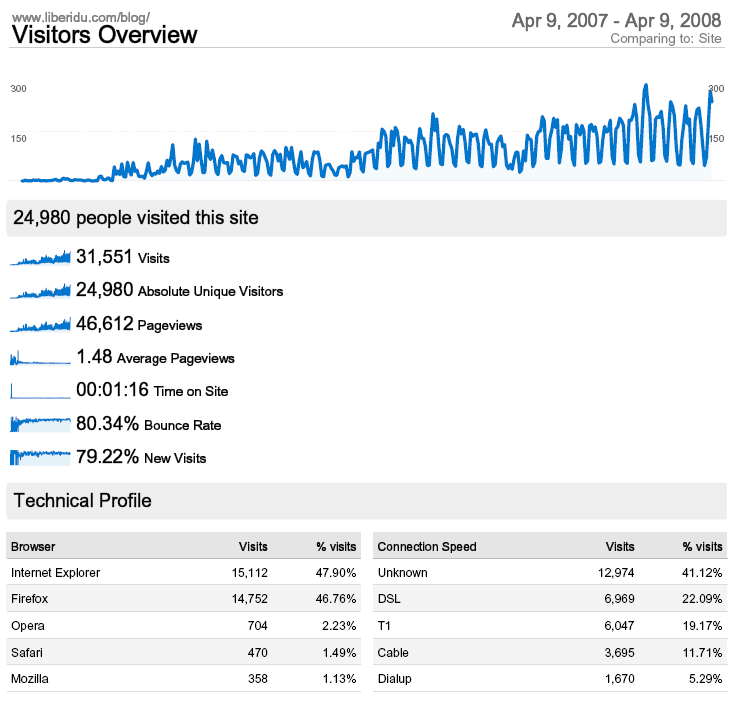 Hmmm. So in all. Thanks, I feel honored.

Bad Behavior has blocked 404 access attempts in the last 7 days.