There is great virtual machine software out there, VMware, XEN, etc. VMware was one of the first I also dared to use for more serious environments, like for instance development environments. Triggered by my old friend Erwin Brinkhuis, he completely switched to Linux (in his case Ubuntu), I had a look at VirtualBox. This product has, IMHO, real potential to become a VMware contender. Currently it can be used on Linux and Windows, a OSX version is in the making. 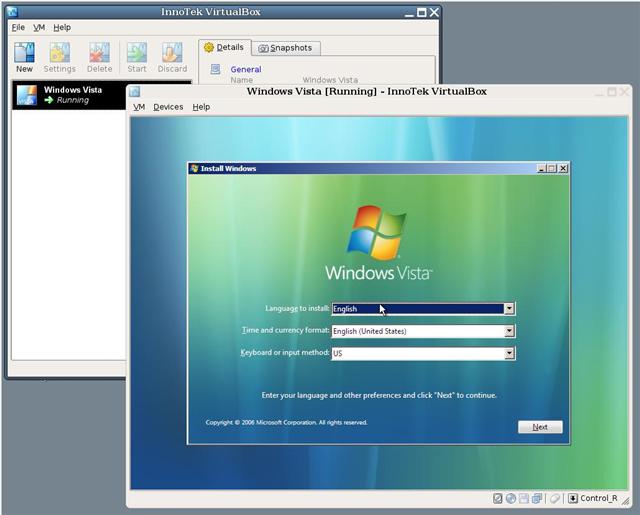 Of course, one fact that appeals as well, is that it is open source (ehh free 😉 ). Also it looks and feels a lot like VMware and has the advantage over VMware Server (which is also “free down loadable”) that it has the possibility to create more than 1 snapshot. This makes it more useful for developers.

One of the current disadvantages is that there isn’t a converter from, for instance, VMware to VirtualBox or vice versa. Despite that, it is a real good alternative for VMware Workstation. Some of the stuff that I like is that it is possbile to switch different boot disks or boot orders… After installing it on my Windows XP laptop, Damn small Linux install was a breeze (first small test) but my small test with VirtualBox 1.3.8, regarding installing EduBuntu in it was less successful. 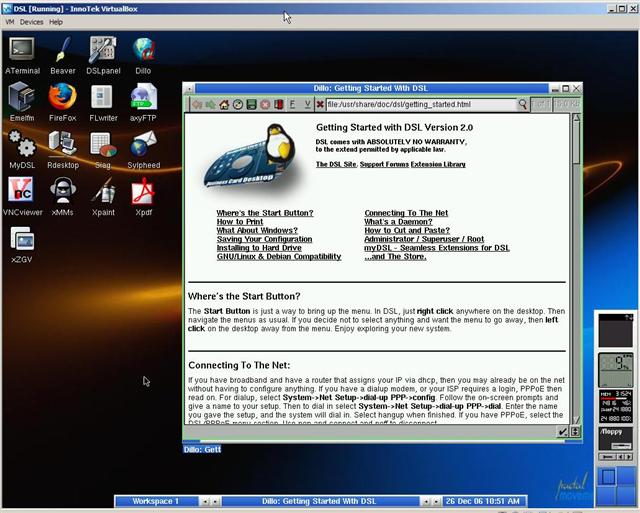 They just offered a new release version 1.4.0 that I didn’t try jet so maybe this version will better perform in that area. There is a community effort going on to port it even to OS/2 !

The current release VirtualBox 1.4.0 is available for:

A list of guest operating systems can be found here: http://www.virtualbox.org/wiki/Guest_OSes

The VirtualBox 1.4.0 version can be downloaded here: http://www.virtualbox.org/wiki/downloads

Bad Behavior has blocked 404 access attempts in the last 7 days.