I realized yesterday that this site has pasted his ten year anniversary. In all funny when I think about it. I started this blog mainly, initially, to have all my solutions at hand (“in the cloud” as we would say today). When I started this site, books were still the main resource to get answers. Besides that I had hundreds of small SQL/UNIX/Windows scripts that helped me with my daily database administration and support tasks. Most of the time I never could find the needed script, at least, quickly enough and I thought that if I would put them on-line, I would be able to find them quickly. “Even Google” has trouble nowadays finding the stuff that I need on this site. LOL! 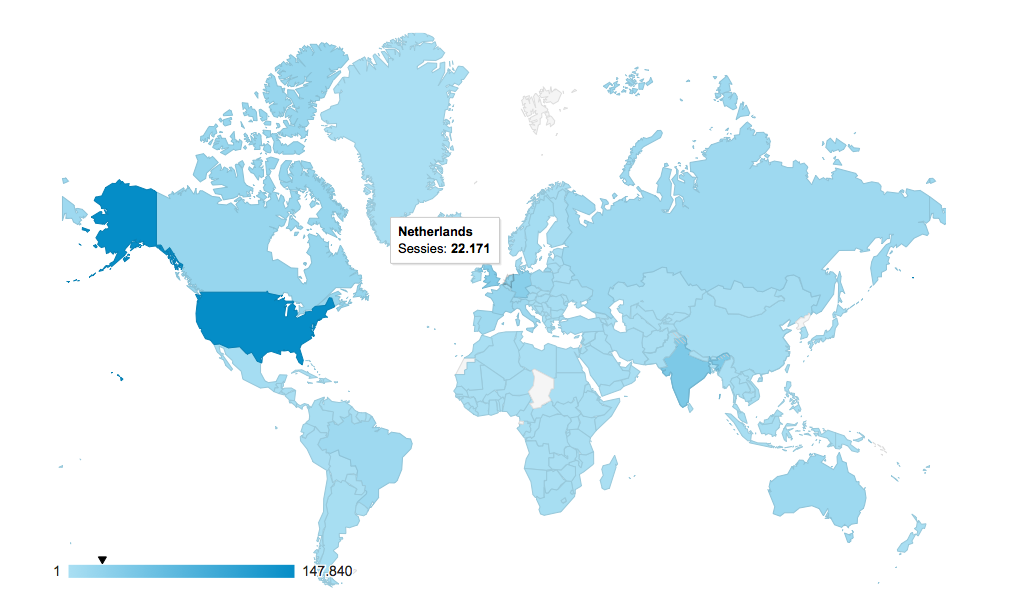 I realized that this site is also one of the old original Oracle blog sites still out there. I started posting things to the web way before 2004 but these were still handmade HTML3/4 build sites. Creating content was a very labor intensive process, but when WordPress came along things became easier. Initially the site content was setup for those scripts, a backup environment for my posts on http://technology.amis.nl and for material completely not Oracle related. So stuff like games, music, stuff which caught my interest and not suitable for my employers technical content related site. “Death by MII” is a funny “DBA Approach” example or the post (on the 1st of April) “Cuddly Toy is Leaving Doug! â€“ Polly and the Boys Regret…“, a piece of gutter journalism to tease Doug Burns and the nowadays known as “Cuddly Toy Enterprises” (on twitter) bunch.

Speaking of Doug, he helped me reflect on the whole blog posting on the Internet thing from earlier on (the dangers, advantages, disadvantages, etc) and one of our first contact moments (“Hotsos, Dallas 2007”) on “The Bench” is a recurring topic during our friendship. If not only that we were “grumpy” about things early on and felt like the Internet needed to be improved with our strange (post) humor. “The dangers” you say?. Believe me there are some, if not only I am now a experienced blogger regarding, for example, handling Oracle Legal related content, but those posts also brought me in contact with really cool interesting people like Ken Jacobs (Oracle ret. – Oracle employee No. 18). Anyway there was no escaping anymore when Doug “announced my existence” on the Internet. From that moment on, things took off, and I couldn’t just “post” stuff but needed to be less sloppy in my English…

The site has grown and grown over the years with a lot of good topics, I think, promoting XMLDB stuff, but overall almost every technical post is about my primary interests, database maintenance, performance or troubleshooting. Oracle XMLDB, XML in general, is a pain in the but regarding performance and troubleshooting (and nowadays understanding how to deal with unstructured data / big data issues) so from that viewpoint a good fit. If not only, I brought me every time back to topics like (database) “concepts” and how can we improve data handling.

The picture above shows “an average” overview of what is happening on my site, although it doesn’t incorporate RSS related apps etc, which also a big part in the figures related to views/reads. There have been times that I even had more than 500-600 reads on average but most of the reads on this site are nowadays “hit and run”, as I call them, reads: “search Google for a solution, find the page, continue handling your problem hopefully based on a found solution”. That’s fine by me. “Blog’s” might be dead (or not) but for me it started of as a “reference guide” of found/created solutions over the years anyway, so if someone can use the ideas and solutions posted here: great. 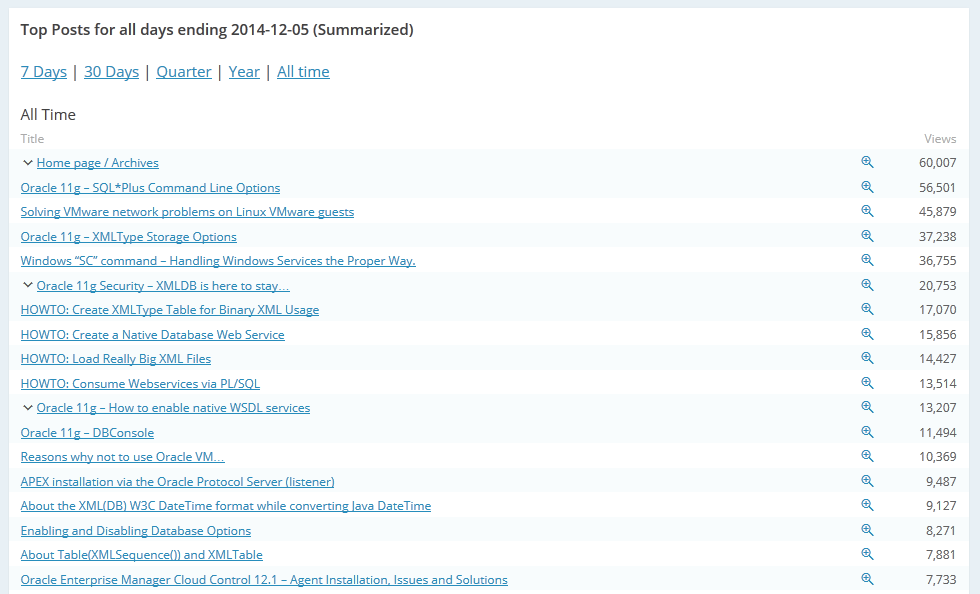 I might not post that much anymore but, also as a regular beta tester since 11.1, I hope people still like the hopefully meaningful content. If not only for myself. Up till now it was fun, a great roller coaster ride and it kept me off the streets. Thanks to all those people out there that inspired me and helped me on my Oracle journey, like: Alex, Anjo, Cary, Doug, Mark, Toon, etc. (aka. way too many people to really list here – which is in itself great thing to notice)…

Bad Behavior has blocked 302 access attempts in the last 7 days.