A friend of mine, who wants to be anonymous, send the following information and picture. The Cuddly Toy in this picture was not reachable for comment and wants also to be anonymous, but I gathered some inside information via an insider that the first decay has been sited between Doug and his Toys. This picture was taken just before the bear disappeared in the duffel bag of a well known Oracle celebrity. Inside information has it that the reasoning behind this was:

“If he did’t get any attention, then at least he would go for fame and fortune”.
“This person seemed him a good choice at the time…”.

Sad. I care for them, I would have hoped for better. 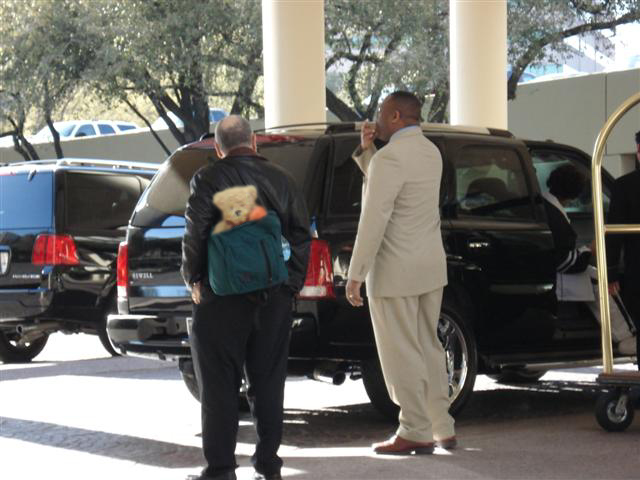 As a big fan of Polly and her boys, I can imagine that the lack of attention is getting frustrating. They were promised various things like nice comfy seats. Alas, these promises weren’t made true. I asked Doug for a comment and he replied:

“Housemate of the Week was for ONE MONTH!
I’m sick of their moaning, anyway.”

I like Doug. I respect him, but I agree on this with Polly and The Cuddly Toys, despite the fact that he is swapped in his course creating work…

Not a good start of the Month, Doug…