Oracle 12.2 is available, although still only in the Oracle Cloud via Oracle’s Exadata Express Cloud Service and not yet downloadable for use on-premise, you can now start using the latest 12.2.0.1 version of the database.

Probably the first thing you will notice is that there is now a dedicated “Oracle JSON Developer Guide“. The chapter about JSON in the XMLDB Developers Guide has been removed and replaced by a dedicated manual for JSON related database content.

Part of the 12.2.0.1 database are new features for generating JSON data via the following new operators for use in SQL:

These operators have been announced and demonstrated, to the lucky one’s who were at Oracle Open World in 2015  or this year, and in the onsite hands-on labs. These operators will be incorporated into a future release of the SQL Standard.

So lets have a brief look…

Based on the hands-on labs:

The syntax for JSON_ARRAY is as follows

JSON_OBJECT returns each row of data generated by the SQL query as a JSON object.

Based on the hands-on labs:

The JSON_OBJECT syntax is as follows:

As demonstrated in the HOL’s, you can see its can be used in various (dynamic) ways:

You can use JSON_OBJECT also to next JSON structures as the following example shows:

The JSON_ARRAYAGG syntax is as follows:

JSON_OBJECTAGG can be used to create JSON objects based, for example on key : value pair storage. Have a look at the following statement of view EMPLOYEE_KEY_VALUE. 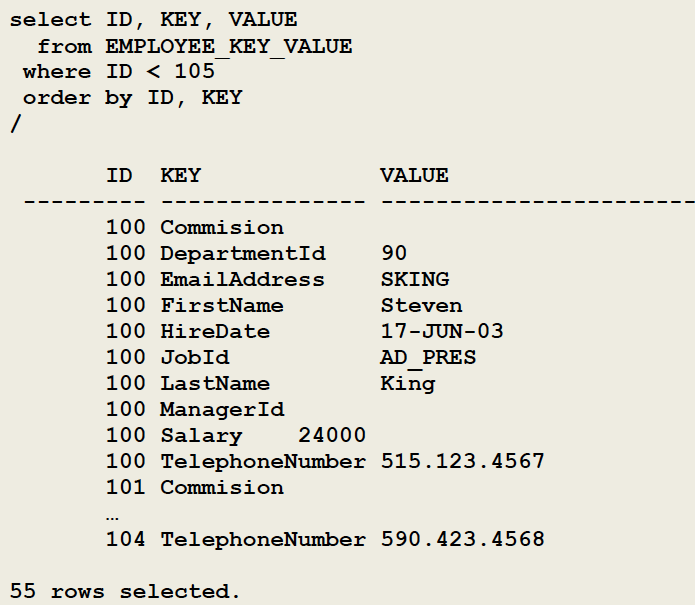 Using JSON_OBJECTAGG selecting content via this view gives, for example… 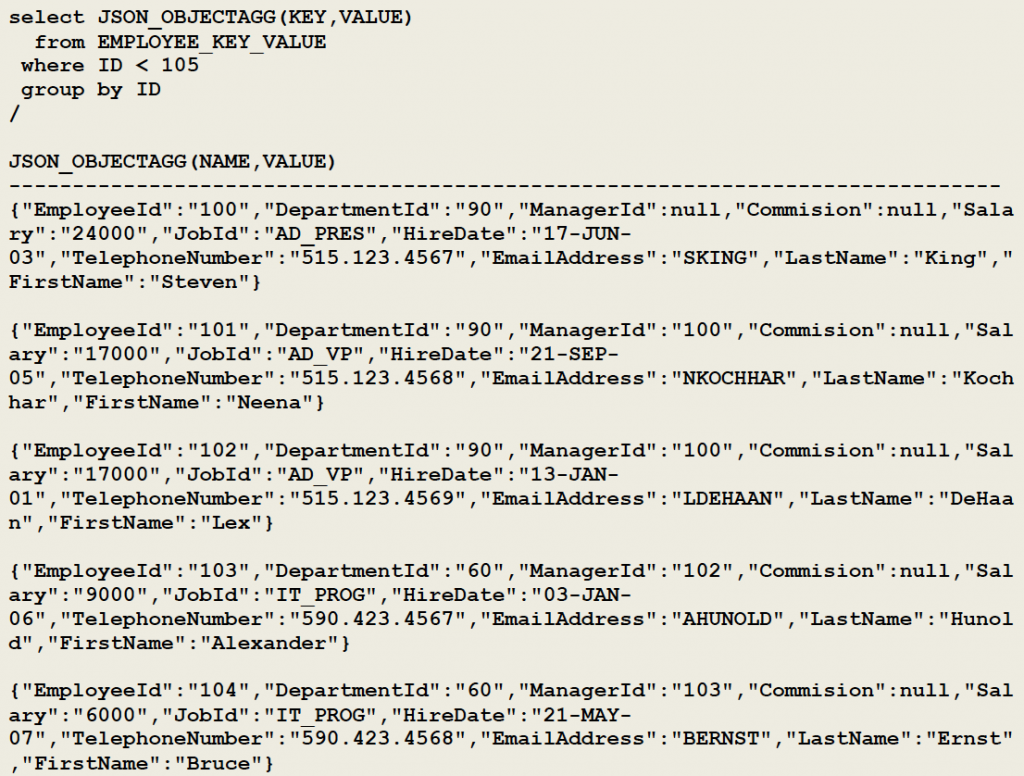 The syntax for JSON_OBJECTAGG is as follows:

Hoped you liked this small overview / insight in the 12.2.0.1 version of the database. Have a go at it via Oracle’s Exadata Express Cloud Service.

Bad Behavior has blocked 230 access attempts in the last 7 days.