Basic (newbie) install CoreOS on VirtualBox – Getting started with Docker

I got intrigued by this Dutch article mentioning Docker and CoreOS. So on this Saturday, after reading the article, I made an attempt to setup CoreOS on VirtualBox (already installed on my Mac).

I wanted to start with a bare minimum install to see what CoreOS was all about and run into newbie problems almost straight away, attempting to install it, as a standalone environment via an ISO file. The following will give you a heads-up and start your Docker experience within 30 minutes or so. If not done so already, downloadÂ VirtualBox to get started.

Okay, so I downloaded the ISO of CoreOS here:

VirtualBox is already installed on my Mac, and updated to the latest version, I created a default Linux environment via the wizard: 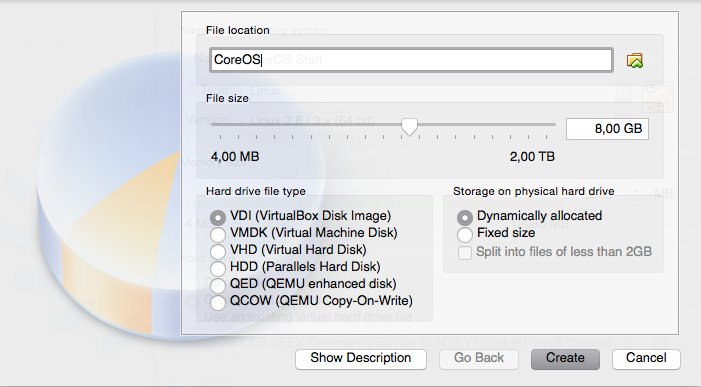 Then I associated my downloaded CoreOS ISO file to the IDE controller under the storage section. 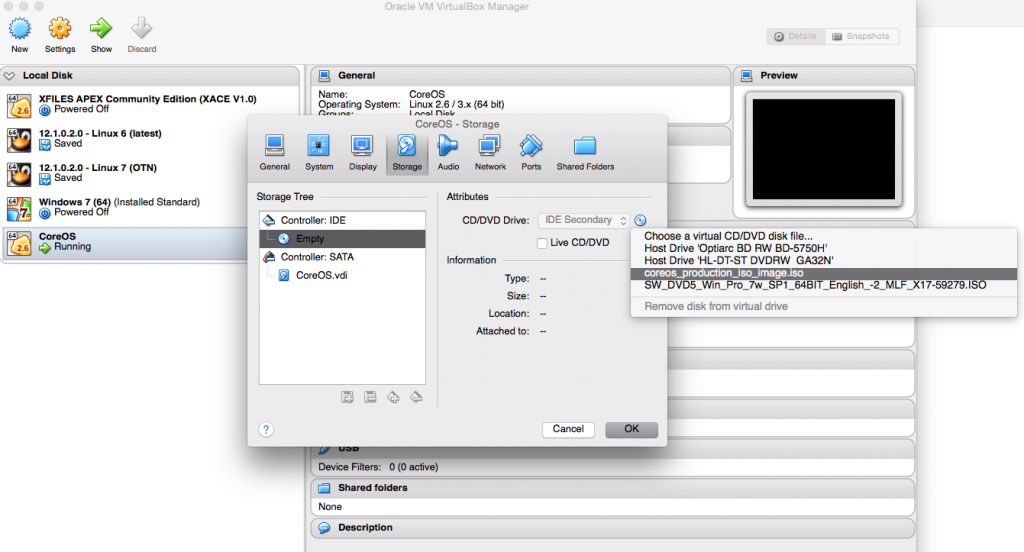 Okay, Everything setup and ready to go. 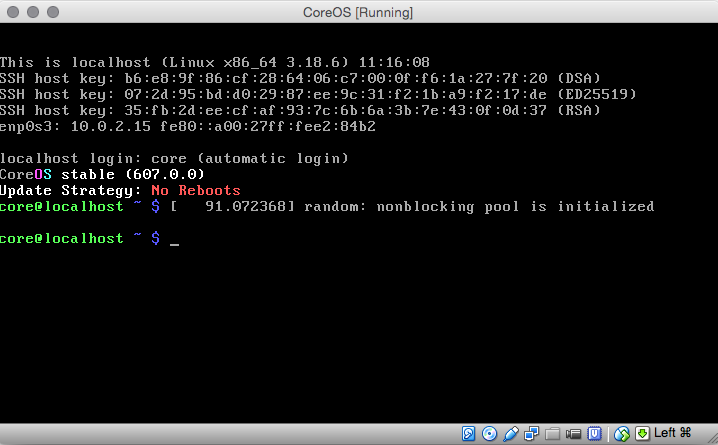 So how to get a standalone install up and running…?

I found the following article “Installing CoreOS” which is very helpful (but not with some of my blanks filled in 😛 ).

So just like in the article, I started started with (on my VirtualBox disk /dev/sda) 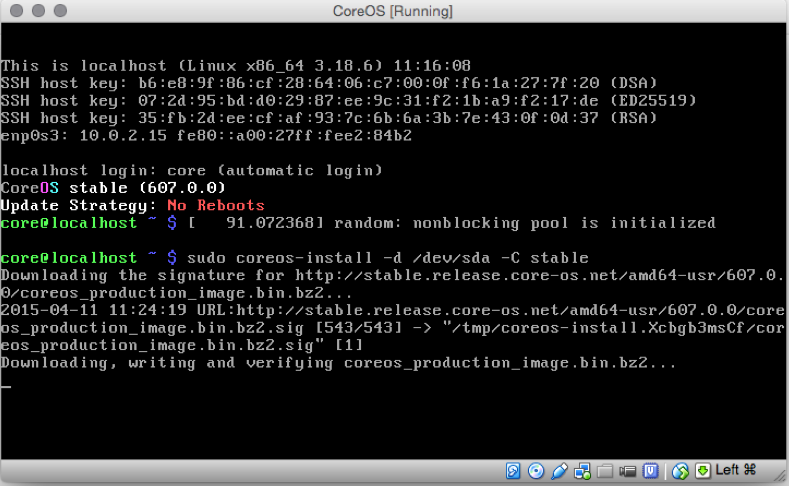 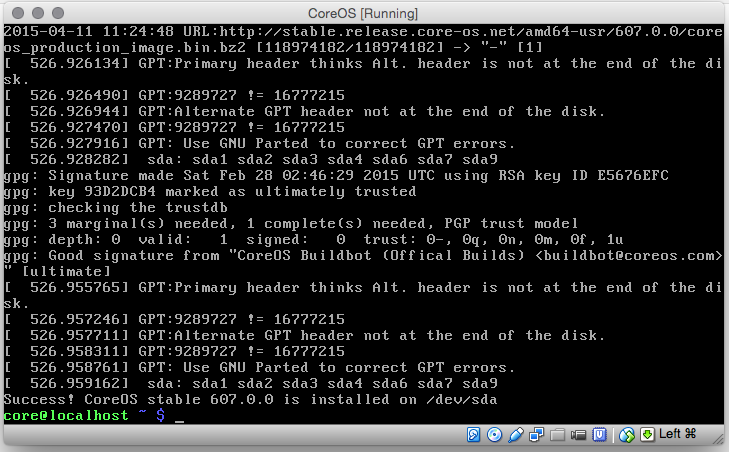 Tada, I thought, But just as my counterpart on “Installing CoreOS“, he didn’t read the CoreOS manuals and I didn’t properly read his (LOL)

…because after a restart via… 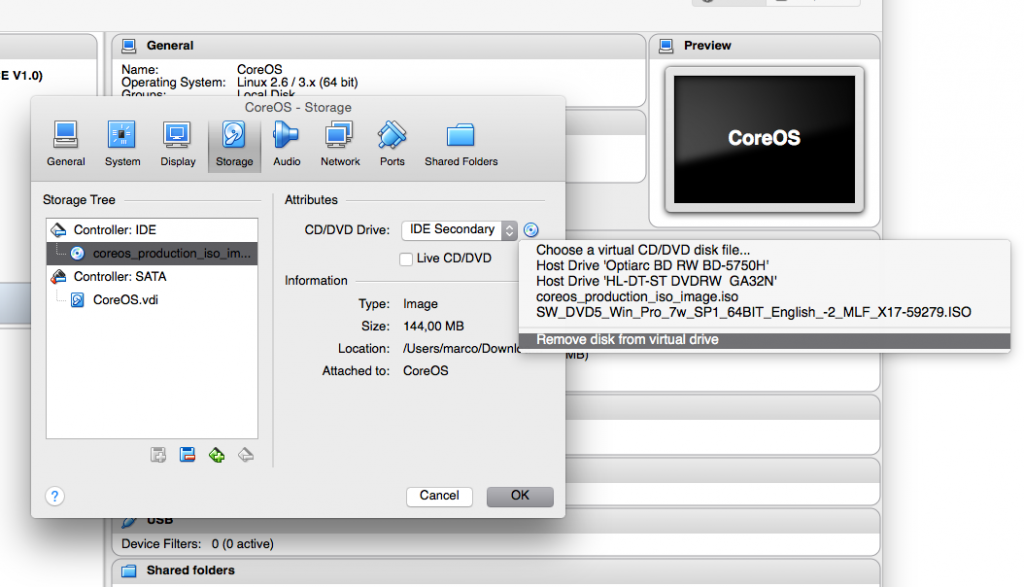 The new VirtualBox CoreOS environment comes up with…

Long story short…There is no password (as also mentioned in “Installing CoreOS“). So I also started actually reading the CoreOS documentation, especially this first part of creating the cloud-config file.

I don’t have GitHub (or at least not an account that is actually used by me), so I wanted to start with an appropriate default called user “marco”.

Now how to create a “password hash” with the current bare minimum in place?

After attaching the ISO file again to the CD/DVD controller, the machine will startup again with its LiveCD/ISO standard environment.

OpenSSL is available in this bare CoreOS minimum environment ,so I did the following… 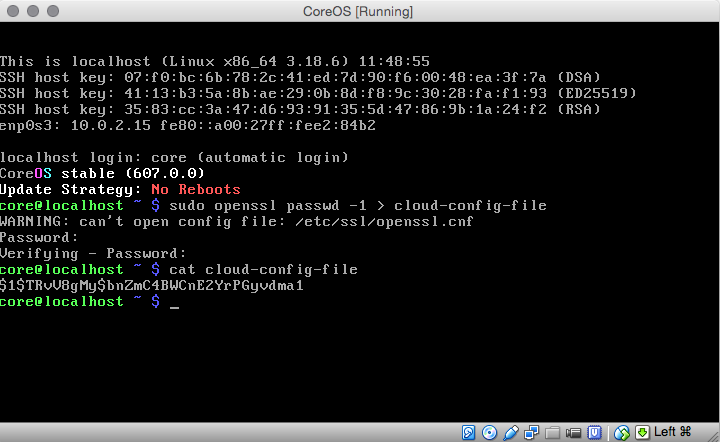 The newly created file cloud-config-file has now the password hash value which I edited with via as specified in the cloud-config file documentation (in this case, for now, with the bare minimum: a user account). 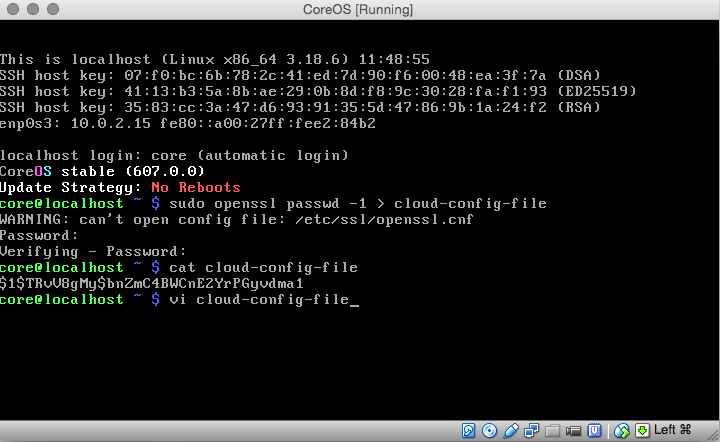 When I had finished this, updating the file cloud-config-file, I made another attempt at downloading and installing the CoreOS software. 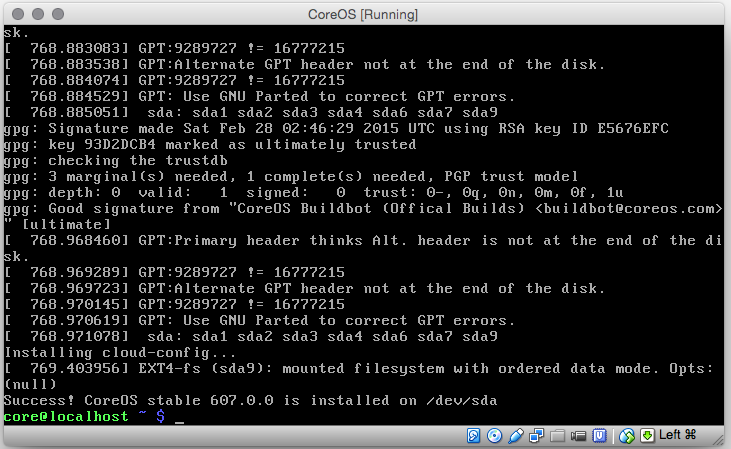 Another “Success!” remark, so via via shutting down the VirtualBox environment again, removing theÂ  ISO file from the CD/DVD controller, it now reboots and you are able to login via your named “user” and with the password value used for creating the “password hash”. 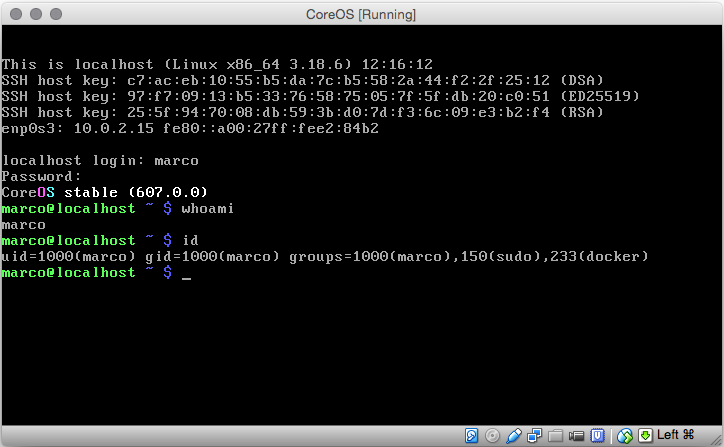 So now its time to see what it can do 😉

So next up trying the following.

Tip before hand: add an extra (local) virtual network adapter, so you can connect and open a shell to your VirtualBox CoreOS machine for, for example, committing Docker commands and more.

Bad Behavior has blocked 407 access attempts in the last 7 days.